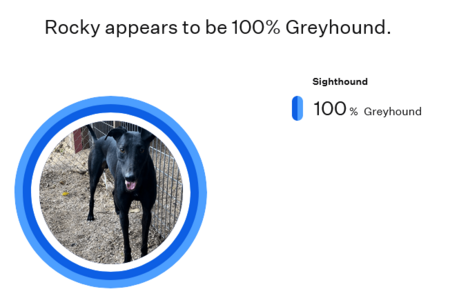 ADOPTION FEE IS $200 UNLESS OTHERWISE STATED

Layla--A full-blooded Saluki believed to be about 3-years old. Her health is good--she is ready for adoption. Layla has not been tested with cats or small dogs. She weighs 45 pounds.

Sally--She is a Greyhound/Saluki mix that was found out loose in the rural area near Lubbock. Her age is estimated at 3-4 years old. We do not believe she is safe to live with small dogs or cats. Her medical care is up-to-date and we would like to find her a home. She is sturdy and weighs over 60 pounds.

Anna-Suzanna--was captured out loose near a small town in the Permian Basin. She is nervous-natured and needs time and patience to mature. We believe she is one-year old and weighs about 50 pounds.

Freddy--he was recently relinquished and he would love to move in to your home. His adoption fee is $125 since he isn't a Sighthound. Freddy has lived in home, he is house-trained and walks well on the leash. He weighs 45 pounds and has lived with a Greyhound--we are not concerned about the usual prey drive issues since he is not a Sighthound and has never hunted. He is in good health and 5-6 years old.

Rocky-is a young Lurcher--bred to hunt he is 100% Greyhound. His age is estimated at one-year old. 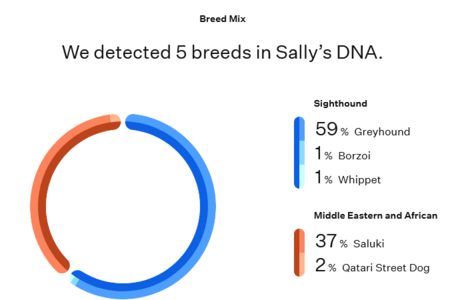 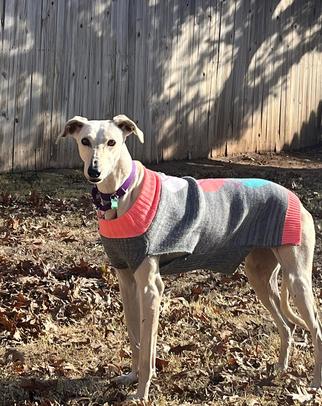 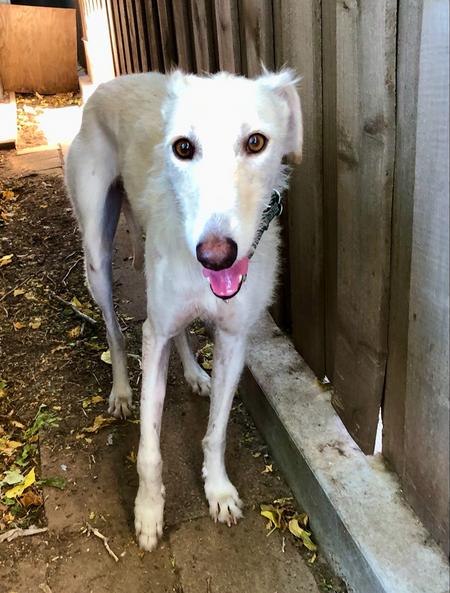 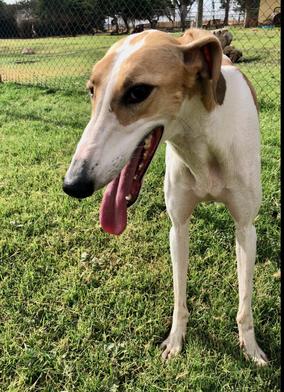 Sally is doing well. She is young and we estimate her age at 3-4 years old. She is looking for a home with a fenced yard so she can take sunbaths and short runs. Sally has actively hunted and shows evidence of a healthy prey drive. We do not expect she could live safely with small dogs or cats. She weighs 64 pounds.

Sally is very affectionate and outgoing to people and when she meets a stranger, she wants pet-pets. Sally might be okay with another dog that is medium-sized. She would need testing to be sure. We believe her behavior of barking at dogs that are in the fenced area near the turn-out yard is an effort to assert her dominance. Sally has an old fracture of her left front leg and it bothers her if she is too active and runs for a long time. She does well on leashwalks and seems to enjoy them. We believe that her old injury may explain her tendency to domineer other dogs that she is unsure of since it's possible she was "picked on" due to her handicap. Also, from what we understand--the town where she was found loose has a large population of aggressive dogs that roam in packs--she probably had some terrifying situations before she was rescued. Sally rides well in the car--maybe it's time for you to come pick her up and take her home!! 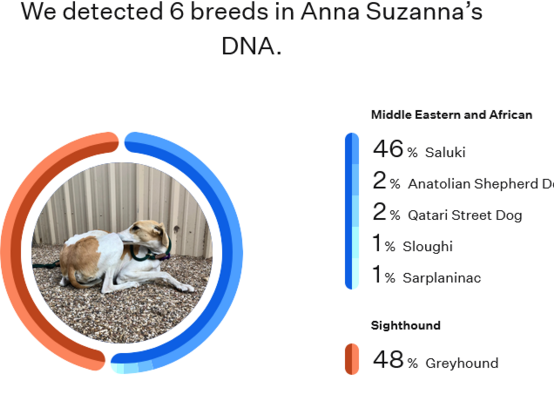 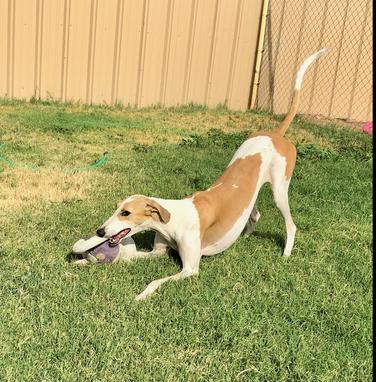 Anna-Suzanna was rescued several months ago in the oilfields outside of Midland, TX. She was abandoned by a hunter who did not respond to our pleas for help with rescuing her and another Lurcher that he left behind. After several stressful days, she finally allowed APFUG volunteers to capture her. Sadly, her male companion was hit by a truck and didn't make it. We believe she was living in a pack with several sighthounds and we do not think she was socialized. So--her progress has been slower in that area due to her past life circumstances.

She is such a beautiful Lurcher--wow--like a supermodel! Here are the things that make her happy--playing with toys in the turn-out yard, running fast in concentric circles until she has tired out her toy, picking it up, and running again. She is somewhat happy to get pet-pets and walks quietly by your side when she is taking leash walks. She does not seem to be afraid of people--but remains cautious around persons she doesn't know.

Anna-Suzanna really does not seem interested in sharing her space with another dog. We are being cautious--but whenever a dog is in her vicinity--even if a fence separates them, she is snarky and visibly seems afraid of the other dog. She has not been tested with small dogs and/or cats. Her behavior of circling her stuffy toys indicates that she has actively hunted small prey. 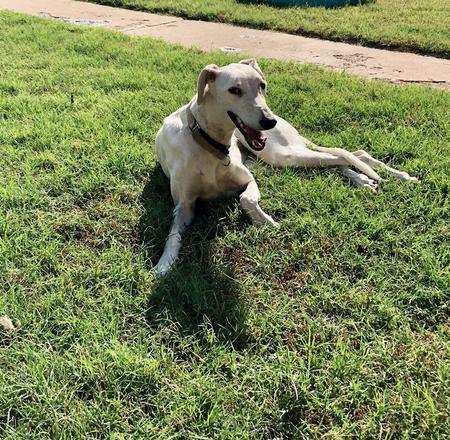 Layla was rescued from Tulia--many thanks to the animal control officer who trapped her. Surprisingly, she is a full-blooded Saluki. Her nature is shy and nervous. She is easily startled and panics when she feels threatened or alone. We tried placing her in a foster home a few weeks ago--while alone in the backyard-she panicked, breaking out by chewing some pickets, and after 6 terrifying days she was captured. On her last day at large, we documented that she traveled nine miles--in one day!  We know the right home is out there somewhere for this sweet and young Lurcher. We are looking for a quiet, slow-paced family and a very secure environment. Once she adjusts, many of her fears will disappear. She should do well if there is another dog for her to play with. Layla will be less nervous if she has a routine exercise/play regimen. She has not been tested with cats and/or small dogs. Note--she did well in a different foster home but was not left unattended in their back yard.

Maybe we named him Rocky--because he's already had a rocky life. This lovely young male dog was bred to hunt. He was relinquished with Kepler and Jemison. Rocky's owner told me he had had him tied up because he had chased after some chickens. Seriously, to think a Lurcher wouldn't chase after loose chickens! Due to being tied up--we are taking it slow with Rocky to be sure he doesn't have any leftover insecurities or signs of aggression. For now--here are the things we can tell you about Rocky--he's sweet and often licks my hand after he's snuck up behind me to sniff my butt, he loves to run, he is getting braver on leash walks--but is not able to go on them alone--he needs a buddy. We expect a few more weeks before we can get meaningful medical care and consider placing him into a home. Isn't he handsome? Estimated weight is 50 pounds and estimated age is one-year old. 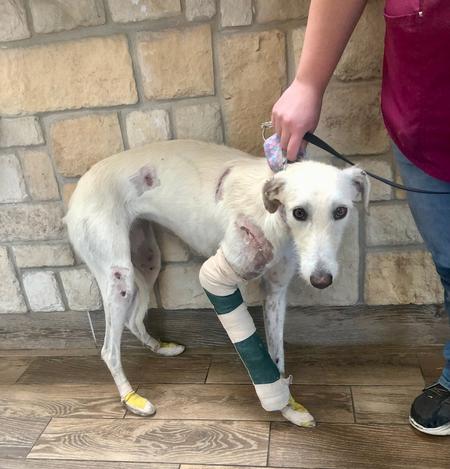 Greyhound/Lurcher lovers are the BEST! June is proof of that theory. She was badly injured after getting struck by a car whenever she was running loose on the streets of Lubbock. APFUG was able to get in touch with her owner (a hunter) who relinquished her due to the seriousness of her injuries which included a fractured leg, abrasions, and injured paws. A Facebook fundraiser and generous donation from the Greyhound Pets of America (Greyhound Connection of New Mexico) located in Las Lunas, New Mexico helped fund her expensive orthopedic surgery which placed hardware to stabilize the injury.

June is on the mend. She will have to grow a very large calus to provide stability for her leg and compensate for the compound fractures--but we feel optimistic for her and will update you along the way. June is in medical foster care and doing great. She loves toys, is very affectionate, and tolerates short leash walks since she is still on crate rest--restricted from running, climbing, or jumping. JUNE HAS BEEN PRE-ADOPTED.  She will move in with Debee, and another Lurcher named Shihaab that was adopted from us in 2021. We are very happy to share this wonderful news!! Hooray for June--hooray for APFUG and its wonderful supporters!! 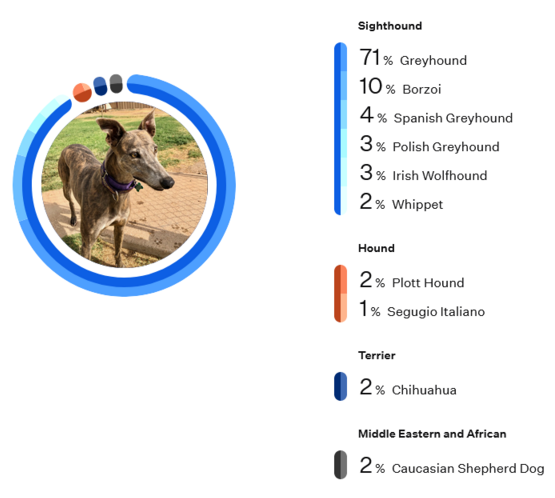 We were all sad when Freddy's family moved away and didn't take him. The rescue group placed him several years ago. He was a case of "mistaken identity" at our local shelter--a tall and lean little fella--we thought he was a Sighthound--but he's not! Even though he's not a Sighthound--he is a very good boy! We believe he is 5-years old. He has lived with young children. He is leash-trained and house-trained. Freddy is lots of fun--but one thing you need to be aware of--he really, really likes car rides and really, really likes to sit in the front seat! 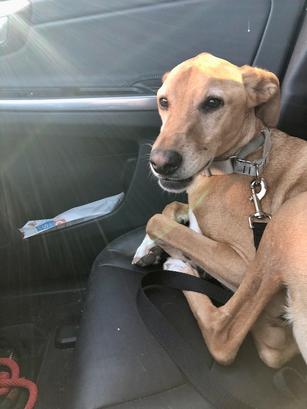 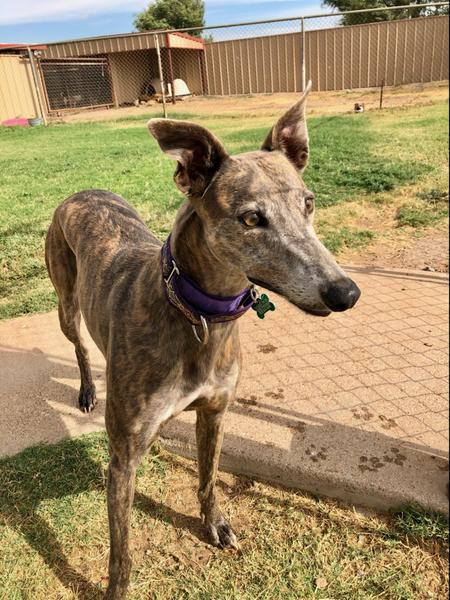 Sunshine is now in a foster home with a very good possibility she will be adopted. This is such good news! 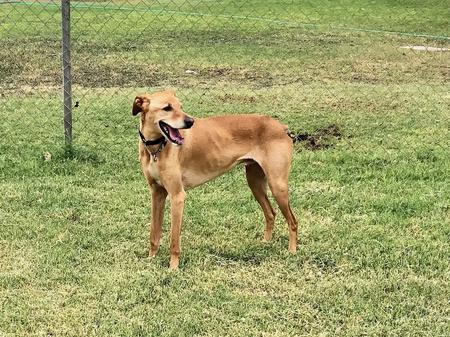 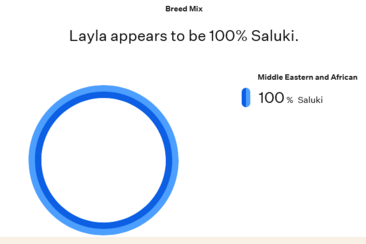 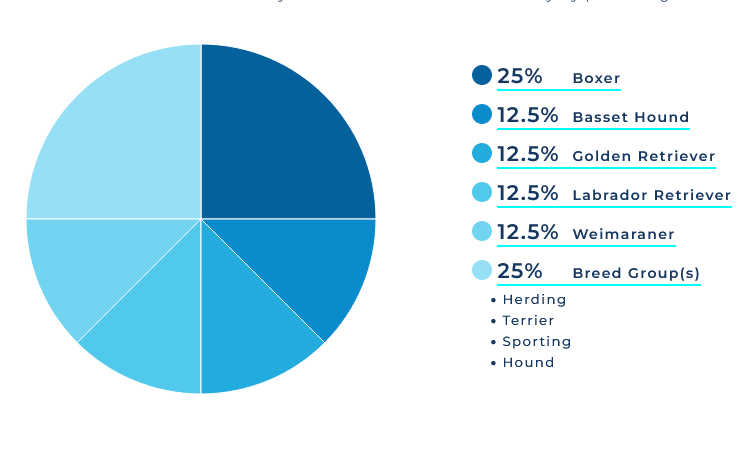 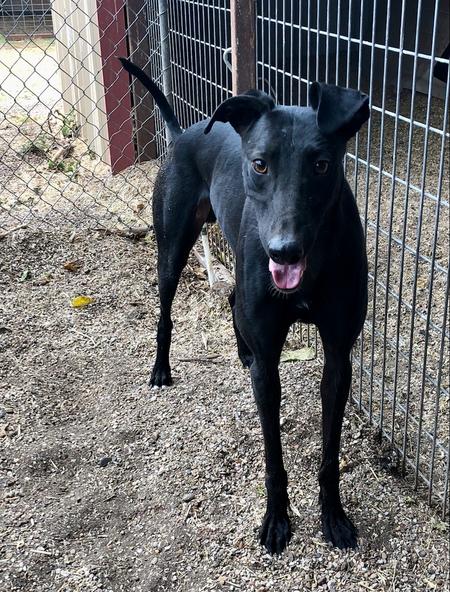