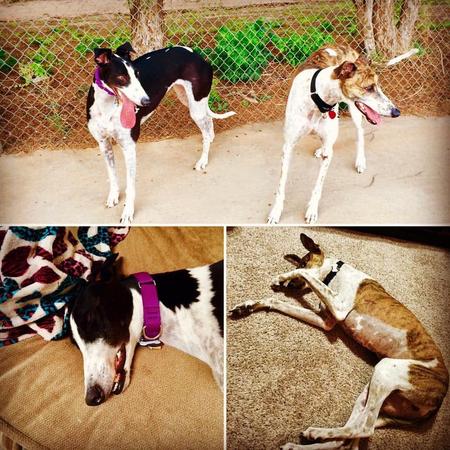 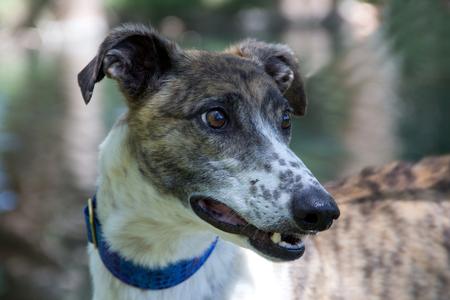 This little guy has been through a terrible time and we want to help him! We are so thankful to Ashley and Garrett for their role in taking him into their home after discovering him out loose in Tulia, TX--feeding him, giving him a soft bed and affection, and treating his horrible case of ticks and fleas. Those nasty ticks left him with Ehrlichiosis and Anaplasmosis. We are so grateful for their love, compassion, and selflessness in rescuing Milo.

He is no older than 5-years old and I believe that Milo is closer to 3-years old if I were guessing. He is smaller than the ex-racers and weighs about 60 pounds. He was bred to hunt--and sadly, there are lots of dogs in the Tulia area that have been rescued by various groups--it has been an ongoing problem for many years.

Milo got adopted by the family that adopted Arabella. They are a sweet couple! Fantastic!