Coby and Duke were relinquished to the adoption group on January 4th. They had lived with a very nice family for several months; but concern over recent weight losses with both of the dogs prompted the family to decide to relinquish them. They are both Lurchers--Greyhound mixes. It's likely that both of them had caught a case of worms from encounters in the rural area and probably the colder weather also played a role. They were both about 25% underweight on the 4th of January--but since they have been dewormed--both Coby and Duke are gaining weight at a steady pace! Thankfully, they were negative for heartworm, ehrlichia, lyme, and anaplasmosis.

Coby had an unexpected bout of colitis. Thankfully, it resolved quickly. He has had his neuter and is doing well in foster care with Celeste. They are quite the pair--snuggling on the couch and romping in the backyard. We got his DNA results back and discovered that he is 50% Borzoi, 37.5% Irish Wolfhound, and 12.5% Scottish Deerhound.

Duke also got adopted and he is doing well. 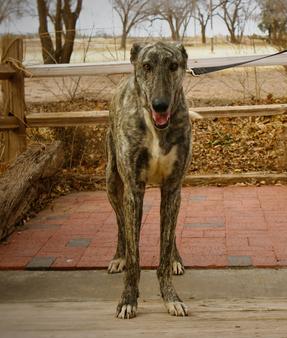 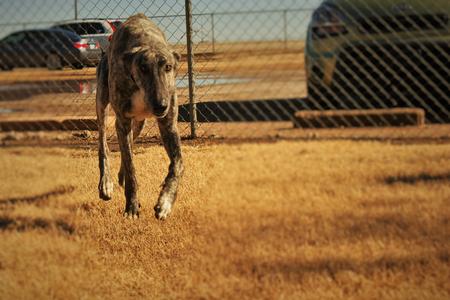 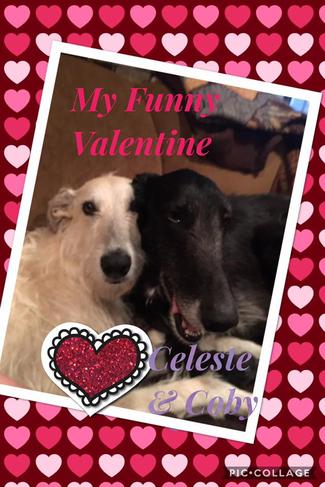 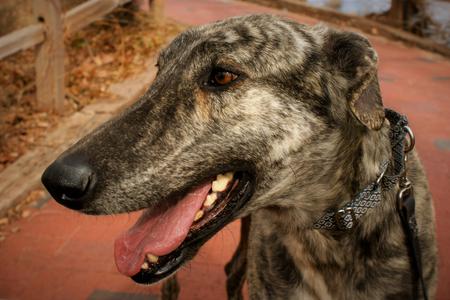