Look at this lovely and beautiful Saluki--found loose on the streets. My goodness--what an ordeal. The group was alerted via Facebook that she was out and on her own in South Lubbock, on a Saturday night. She had stayed in the area where she was spotted but was not there when the Linda and Robin went searching for her.

She was spotted again on Sunday, and picked up in a church parking lot by a nice family that was acquainted with the Stone family--who had recently adopted Milo and Arabella. As they were trying to get in touch with APFUG; via the Stone family, Chloe proceeded to get loose again. By now, Tim and Catherine had joined the search party. Finally, she was reported "found" at the Sonic Drive-In and gobbling down ice cream and hot dogs! Sweet Chloe.

We were so happy when King Tut's family--Andy, Emerald, and Hudson Bilbrey, said they would foster her--and after less than 24 hours with her--they committed to adopt her. FANTASTIC! 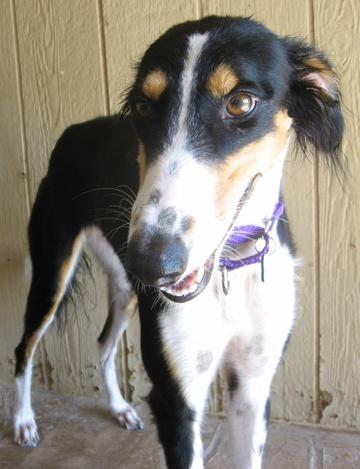 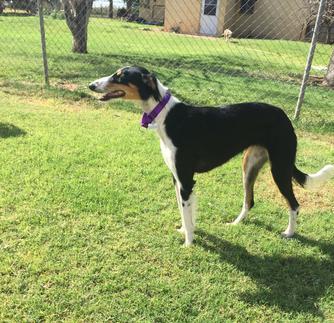 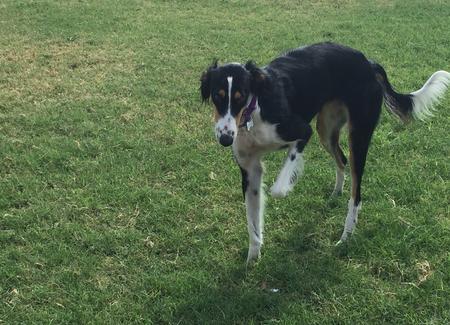