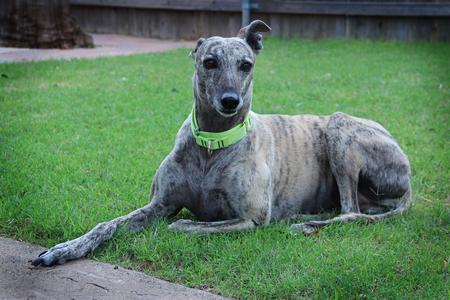 Brittany has been "bounced back" and we are trying to find the right home for her. She does not have separation anxiety but due to living in several homes during the past 3 months--we are being pro-active in trying to prevent this issue. When we very first met Brittany--she was on Craigslist and being kept by a family that had found her as a stray and lived out in the county. They had her in a pen outside their mobile home. This was in March, 2013. In the meantime, a family that went through divorce and job changes had had her since 2013; and they recently asked us to re-home her due to housing issues.

We aren't sure of her bloodlines and will send off her DNA--the results were 87.5% Greyhound and 12.5% Mixed Breed . She's stockier so we are wondering what else is in her heritage? She might be a bit gray now--that's how we decided her age is 5-6 years old. Most of the Greyhounds turn gray at the age of five. She had a dental in June, and her bloodwork was great! She is also sporting a new microchip.

We think the ideal home for Brittany would be a quieter one and maybe with a canine buddy to keep her company if her humans are away. Brittany was adopted by a very nice family, in Lubbock, and she is their first Greyhound! 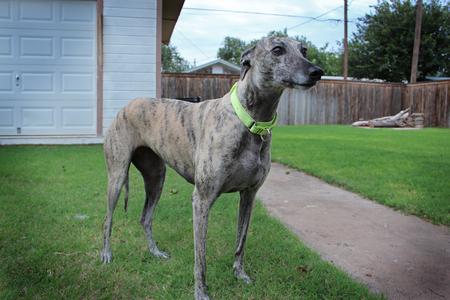 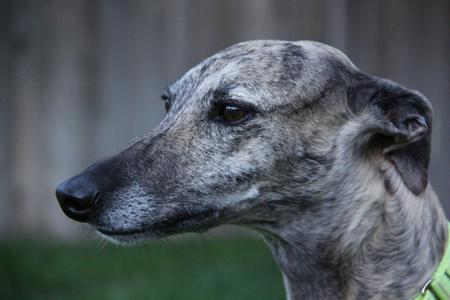 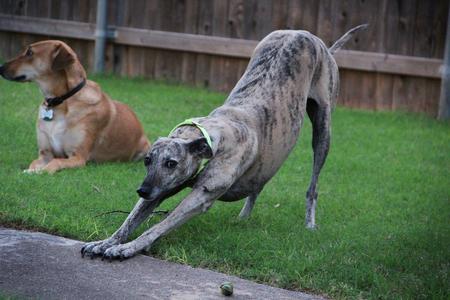 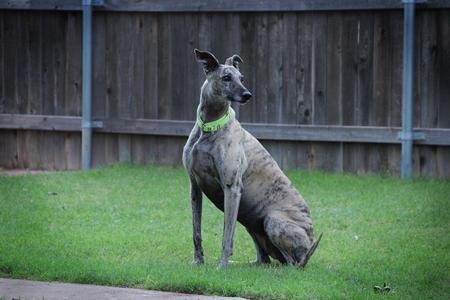 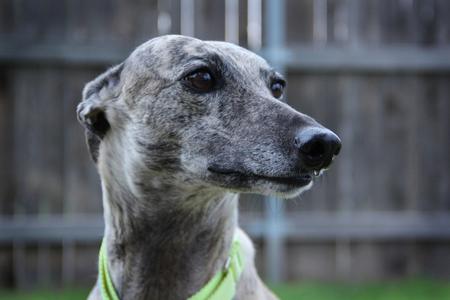